So I got a few of these cobalt power steering motors on hand, these are the recalled units that have the overheating tendencies or whatever. They don’t spin all that fast however they are torquey as hell. (I guess they’re 1.2KW motors or something like that)

Actually, these things are quite useful but I decided to mess around with PWM current control this week doing some experimentation for some upcoming projects that I’d like very much to do.

So I coded up a basic PWM control routine on my PIC16F628 micro controller and setup a 3055 transistor to the PWN output of the PIC. (using a couple transistors in between to handle the bias current of course) 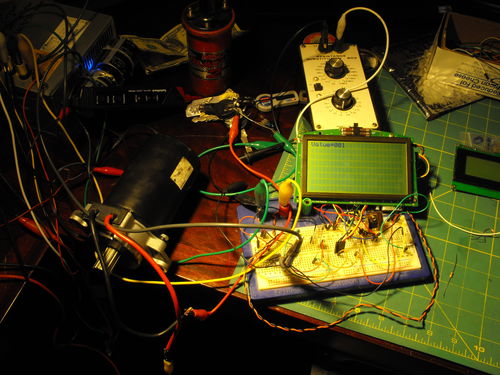 It worked out really well, I messed around with frequency a bit, I want to add a second POT so I can adjust both frequency and duty cycle and mess around some more. I definitely will be over the next weeks building a real nice circuit that I can use to load things up like transformers for other experiments. Here is a short video of the controller in action, the value is stored in a 1 byte variable so you set your speed in a scale of 0 – 255:

Check this out cool video I found on youtube thanks to a cool article that was sent to me:

I have been waiting and working a long time since getting the shop towards a good computer that I can use to create stuff and service other computers with. My parents upgraded their computer to a quad core AMD and the old 3.2GHz P4 was left out in the cold. I have been wanting to make a linux machine for PIC and Application development, as well as something that I can plug hard drives into for data recovery or imaging, etc.

After slowly collecting parts and with the help of a couple of friends I finally have the computer assembled and ready to go pretty much, just needs a power button: 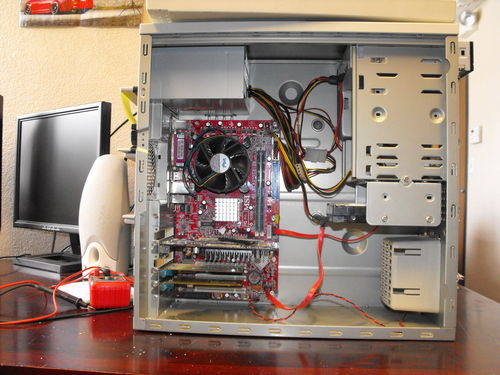 The final missing piece was a PCI Express graphics card, this computer doesn’t have onboard graphics it has two serial ports actually on the board. I also added 2 more serial cards for a total of 6 ports. 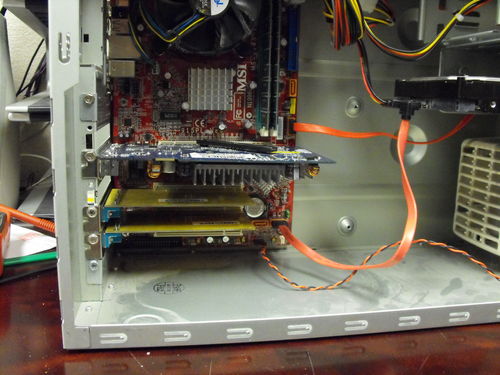 As I was doing more work today and getting ready to post this up I actually found a bad cap on the main board, ARRGHHH. So now I must disassemble the entire system again and replace the caps. Pics to soon follow, maybe I should do a re-capping guide?

Let me know if that is something that you are interested in seeing.

doogie
Got some more stuff! Things have been a little slower moving around here because of work-related reasons and the nice

doogie
Chinese made Laptop Battery Review: I got a new battery for my IBM ThinkPad, I took a gamble on one

doogie
Project Introduction: So we were given a Troll Systems camera housing with everything except the S750 master controller. Instead of