So I was digging through some stuff earlier today and I forgot to post these!

I always like seeing how computers compare to one another in their different processor configurations and such. I have been pretty good about comparing my servers to other servers. In benchmarks I have always been more interested in servers / unix setups versus gaming machines.

When it comes to benchmarking my systems personally I use a small utility called unixbench. Its not the standardized test like they would use int he top500 but it does give a pretty good overall feel for your system versus others.

So when I upgraded to the latest server that I have now I couldn’t help but compare the old and the new boxes. So here are the hardware setups for comparison:

So lets line em up, I was actually “on” the powerhouse server and SSH’d to my old icebox: 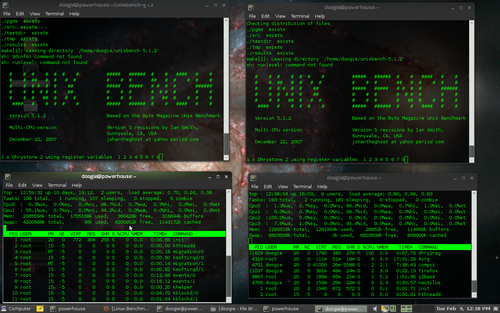 The tests soon started to vary in speed you could clearly see that one was a little faster than the other: 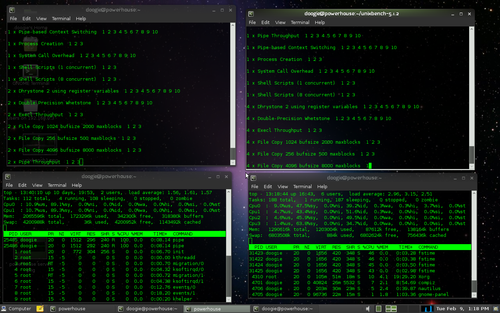 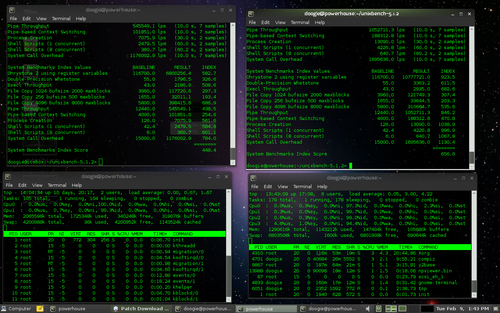 Being that the replacement server was still an older computer I expected the results to be really close and not as apart as they were. Even in disk transfer rates there was a bit of an upset, the PATA disk actually beat out the SATA disk, which is really strange! Despite being 400Mhz slower it kicked some ass, and continues to do so today. I have a closet full of spare parts for it too which is nice, I don’t imagine I’ll run into the capacitor issues again like I did on the optiplex (which dell is well known for.)

It has served me great so far, its one of the best computers I have ever gotten for free, all it cost me was $15 for the cpu pair!

doogie
SO I had a video that I took while filming the stuff for the Talon, it was a camstudio encoded

doogie
When I first attempted to get Linux installed on my Dell Mini 1012, the fist boot into the operating system