This weekend was very productive when it came to things not related to Albert 🙁
First off, bulk trash day is nearing so I spent a few hours on Saturday after working OT so get everything I wanted out to the Curb. This turned into a complete cleaning of the “Parts Warehouse”: 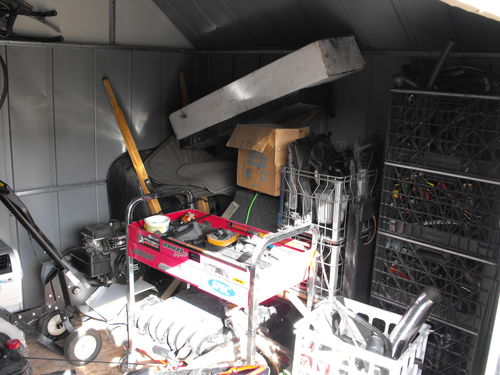 Most of the stuff was left over SVX or really old G60 / 8v parts. After cleaning it looks like i’ll have the room I need to store the US EG33

Sunday was devoted to our MK3 Daily Driver Jetta “Steve”. The car was originally 11 or 1200 dollars and the biggest reason was because of the baseball or so sized hole rusted in the strut tower: 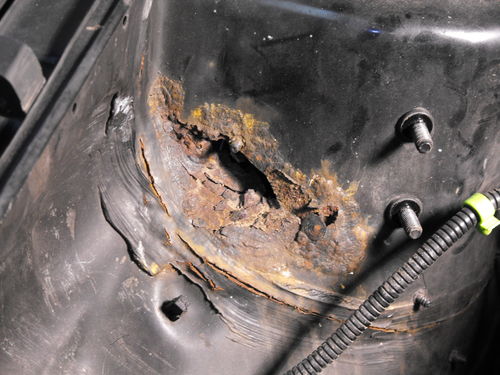 This is apparently common amongst MK3’s and this originally Massachusetts car was no exception to the rule. The shotty undercoating had allowed the seam for the strut tower to rust and it was left unattended for quite sometime. Today I decided to make some repairs, but before we do anything we need to remove all the stuff in the way and the rust: 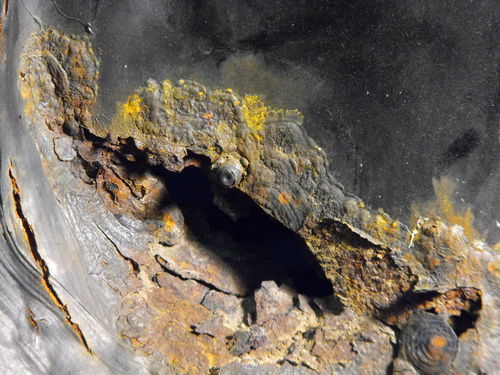 Here is the hole from the backside: 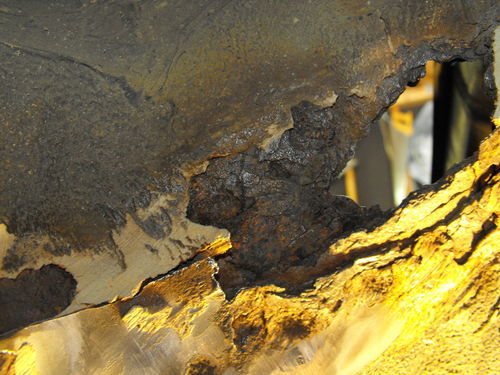 An overall look up into the strut tower: 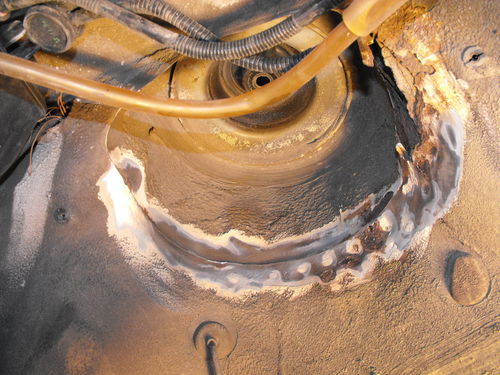 Starting to check out if there is a crack, starting to remove some stuff: 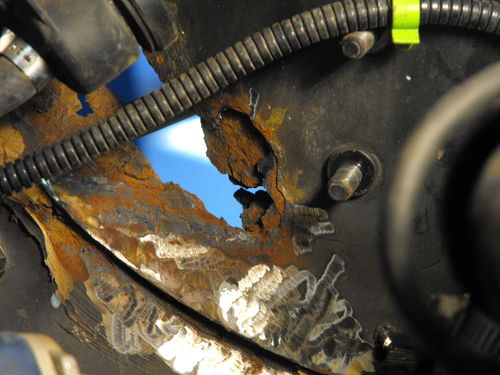 Now we got everything out of the way still have some paint to remove but now that everything is exposed we can see the overall size of the affected area: 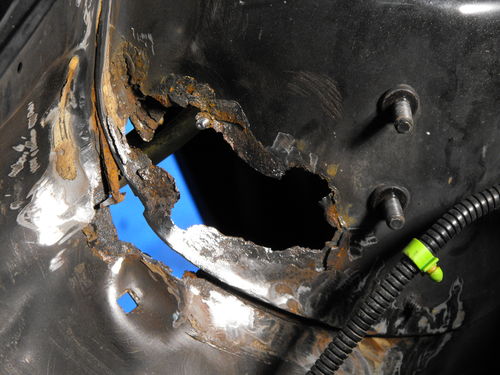 After removing more paint and dragging out the harbor freight flux core welder I made some patches and welded them in, it may look like crap but it should hold nicely: 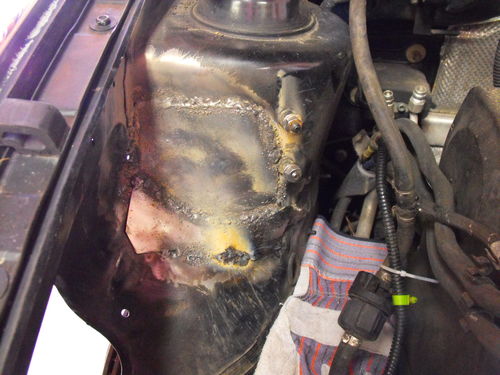 I welded on the inside all the way around where the crack had traveled to, once I was finished I definitely wasn’t convinced that this was going to hold the way it needs to: 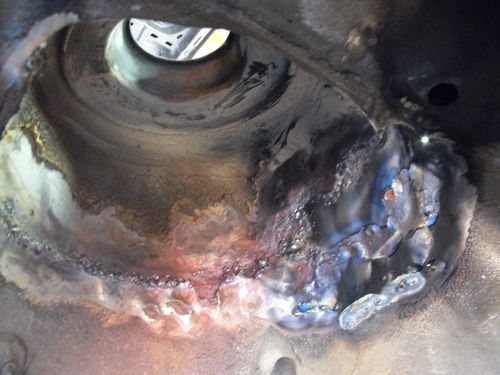 The topside had since cooled so I finished up my welds: 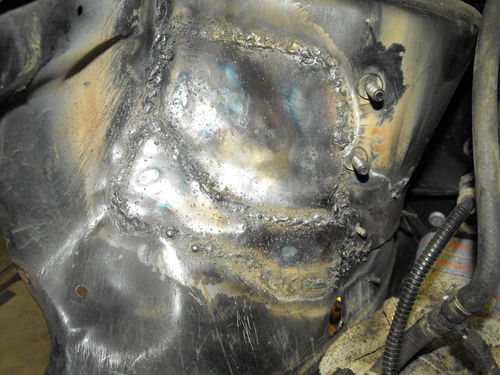 Then I made a very nice wrap around patch and welded it in place: 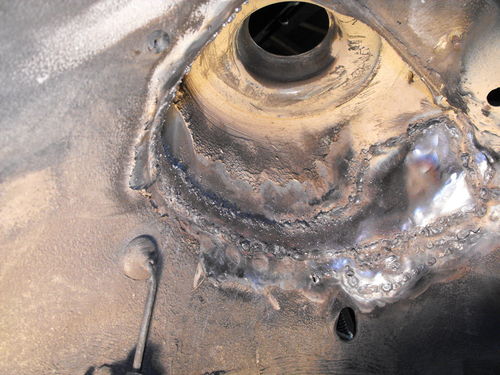 It closed up the backside quite nicely, I am confident that this will hold for quite a while: 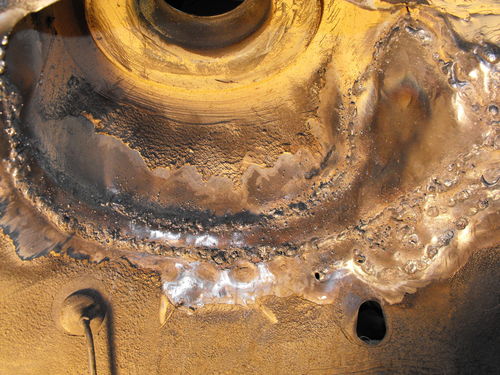 This is one of those time where I made a ton of progress and forgot to take pictures, it was getting late and I was eager to finish this up before 10 o’ clock rolled around. I also did the front brake pads with the help of Elise 🙂 the car was soon back together. Basically after the patch cooled it was brushed, blown, brake parts cleaned, then painted in 3 heavy coats of a rust inhibitor type paint. After everything dried up I applied a liberal amount of 3M Undercoating on both sides, since this car is a daily driver it doesn’t really matter how it looks as much as it functions: 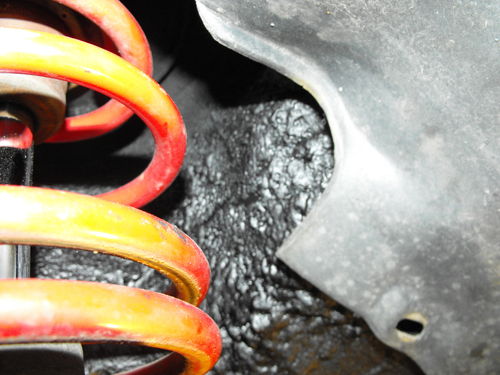 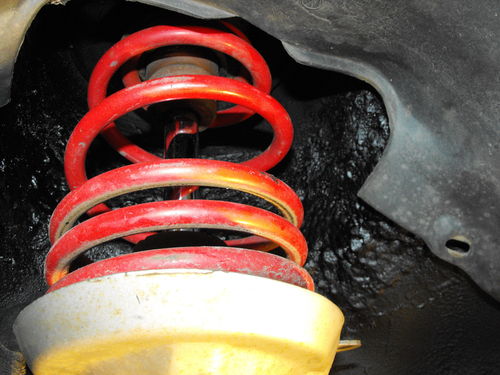 The front side, should have did this side first so I didn’t run out of the can and goober everything up funny until I was on the backside, oh well, once everything is bolted up you can barely tell: 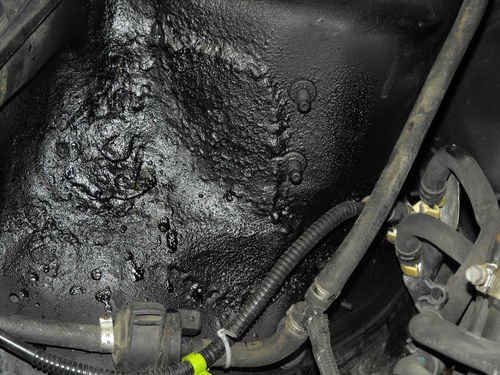 2.0 ABA all dirty from the crap flying everywhere throughout the day: 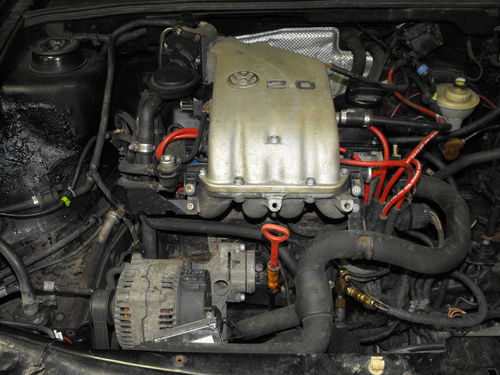 I never got a picture of the finished engine bay, the reason for this is because I managed to loose the nut to the strut tower bushing, this ended up being quite the experience as I never found it. BOOO! I will need to make a trip to the dealership tomorrow to pick up another nut, we must have spent over an hour looking for it I even tried every nut in the nut and bolt boxes and came up empty handed. Oh well it hasn’t happened in years so whatever!

That was how I spent my weekend, working, cleaning, sleeping, and cars.. 2 days off in a row every 2 weeks really sucks, the week that I choose to paint my Van I most certainly am taking PTO so I have 5 days off in a row. At least the Jetta is further along, there are a few things left that I will be completing this week. Including changing the thermostat and replacing the catalytic converter. Also there will be some turn signal / foglight combo light coming so the front bumper will be symmetrical again.

doogie
Well I have been extremely busy, with everything whizzing around I only get 2 or 3 hours here and once

doogie
I don't like the weather this week, it's delaying my project. Its supposed to snow on Wednesday, my day off