I have added a page that goes into great detail about what’s involved when adding a chip socket to an ECU. I figured why not get some more pages up, this one is kind of short but certainly informative.

Still working on the hour here and hour there type of schedule, I have continued on with polishing the intake manifold. I got one side rough polished, I really need to go over it with some more 220 grit and knock down some divots still left from the original finish. As a result the reflection is a bit hazy when compared with the valve cover I did a week or two ago. It’s gotten a little chilly outside so expecting nothing more than “slow going” when it comes to this:

If you click on the image below you can see in great detail what I am talking about when I mentioned the grainy surface texture: 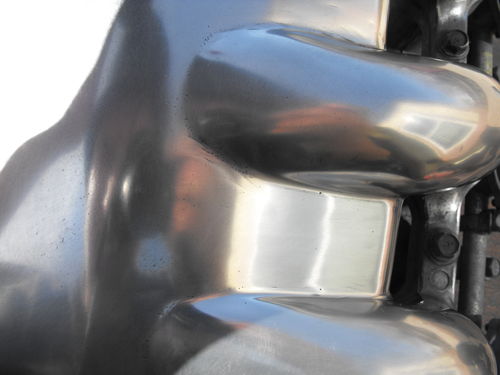 Different angle, in all reality it looks good but I really think I can make it look great. I think what I am going to do is work a lot of bringing the other side to the same mostly polished look to see if there are any additional spots that will need to be blocked: 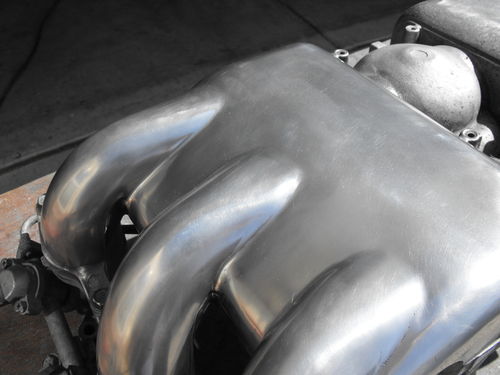 I got a couple of parts this week too, nothing in any significant quantity, just my brand new water pump and its appropriate gasket: 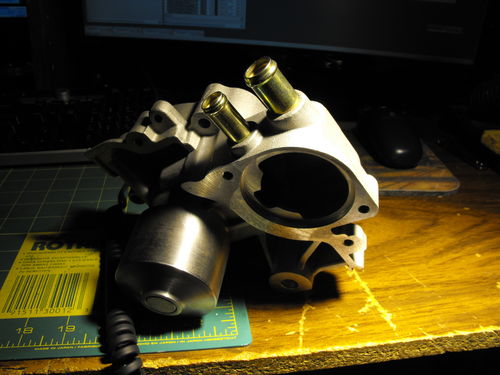 Glad to have it, now all that is left is headgaskets, T-Belt stuff, and headbolts. Things are starting to get close! 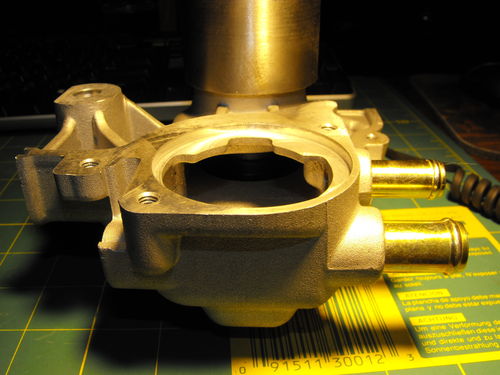 Well, that is really all I have for now… It’s not much but hey maybe it can hold everyone over until I can get some serious time in on this beast. Once it warms up again after the weekend the plan is to pick back up on the body work and get it the rest of the way ready for paint, and that plan will continue until the rest of the engine parts arrive. I plan on making significant headway over the weekend on polishing.

As far as the electronics aspect of things it’s in a little bit of a holding pattern. I desperately want to etch some more circuit boards, but I don’t have the appropriate drill bits to complete the job task of drilling the uber-tiny holes. (like a #66 or 68 drill bit) The set is $30 which isn’t all that bad, but between the major amount owed in taxes and the remaining Van parts I need there just isn’t enough extra cash flow to justify purchasing them at this time. 🙁

I also got some more server maintenance done, it has been running at half or so capacity because the hard drives contained inside the server are old ATA/100, this is because the server didn’t have SATA built onto the motherboard and as a result I was unable to just pull the 500Gb drive from the old server and stuff it into the new. (the new server was like the last generation before sata was included, booo) I decided to purchase a 4 port SATA Raid Controller that fits in the server’s PCI-X slot, the current plan is to invest in 4x 1TB WD Green drives and combine them into a single raid 5 disk allowing for more storage than i’ll ever need. (Presently anyway) Here is a craptastic picture of the card already in the computer. I threw this in about 15 minutes before I had to be to work so I skipped the pictures at the time, if you click on the pic and zoom in you can see some detail: 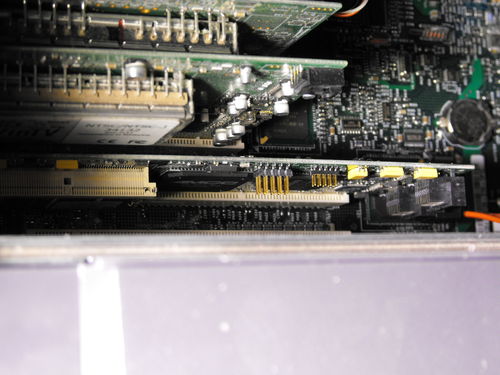 Here is another pic showing the sata cable routing and it attached to the 500gb disk: 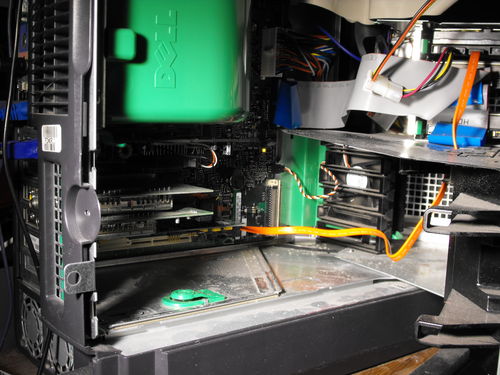 All that’s left for server upgrades now is the 4 drives, and another 1GB of RDRAM memory. This doubles as my Linux workstation as it’s got a nice graphics card in it. When I take it apart for it’s dusting I will create an info page specifically for it.

That is all for now.. Stay Tuned…

doogie
Well, we received a ton of snow here and along with it came blinks in the power. There was no

doogie
Hello everyone! Quite a bit has happened since I posted here last, so lets take it from the top. Albert