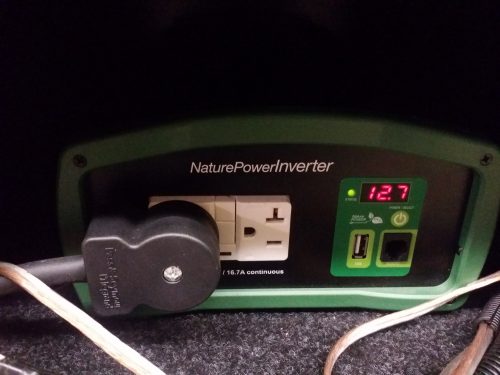 As a part of the Cadillac Camper project we decided to install a NaturePower 2000watt inverter (model 38320). This inverter was purchased at a local camping world. Before I go into further detail, I’m aware that there is a power inverter and converter that is combined into a single unit. For this project, we explicitly chose to separate the two, so in the event of a failure we would still be able to charge batteries from shore power, and vice versa.

This inverter claims to be a pure sine wave unit. For those unfamiliar with what pure sine wave is, it means that the inverter puts out a pure AC wave that has curves. The less expensive units use square wave, and moderate priced ones will step the squares to a certain degree. Here is an example of a standard AC sine wave compared to those inverters:

[ Image courtesy of wholsale solar, who has a great introductory page on the differences between square wave and pure sine inverters here ]

With a pure sine inverter, the output wave form is supposed to be a more accurate representation of what you would actually see for a sine wave on AC sources provided from generators or your utility company. This is what the naturepower inverter claims to be. In our application, we depended on this being a really good pure sine inverter because the electronics that depended on it were rather sensitive. I got out my oscilloscope and took some measurements, and was rather pleasantly surprised to find that the sine wave looked real good and clean. 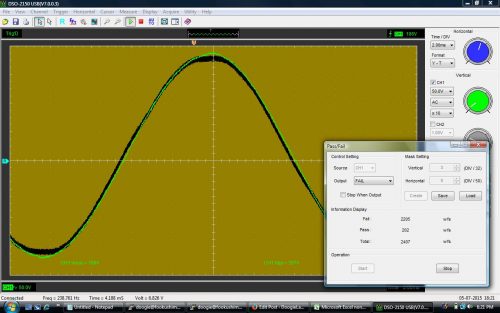 The green line in the above image represents what the inverters actual measured output. The Black wave is a wave captured from an AC outlet which is power supplied from the utility company. The two waves match very closely, the difference in the peak and valley occurs because the electrical system in the building is loaded, whereas the inverter is unloaded. (oversimplified explaination) 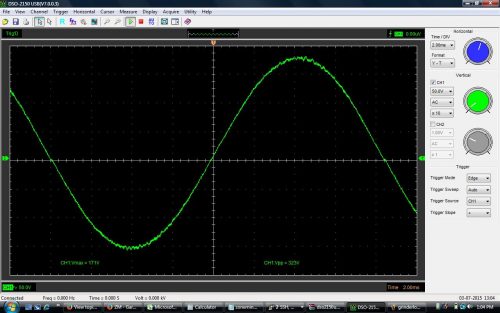 In the above image, you can see the wave put out by the inverter is very clean. The noise at the absolute peak and valley is caused by inductive feedback / noise from the load that is attached to it, which in this case is actually a DeWalt angle grinder. I decided to zoom in a ways and see if I could find the steps within the wave from the transistors switching on and off to create the pure sine wave. 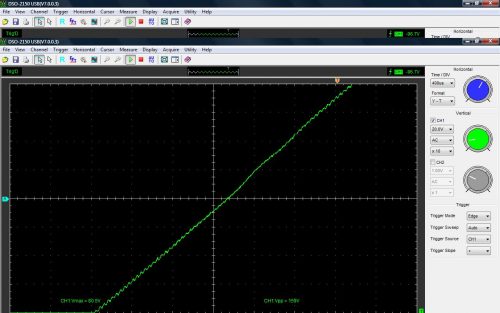 I had to go down to 400uS per division to start to see the squares, which I consider to be pretty good actually. Because this scope is made out of chinesium I took a comparison snapshot from a wall outlet once again to have a baseline for comparison: 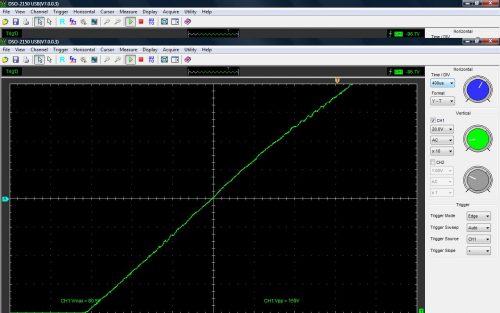 This inverter handles loads real well. It’s supposed to work up to 2KW, and I haven’t actually tried to load it to 2KW yet, but I did manage to load it to 1.3KW with a circular saw: 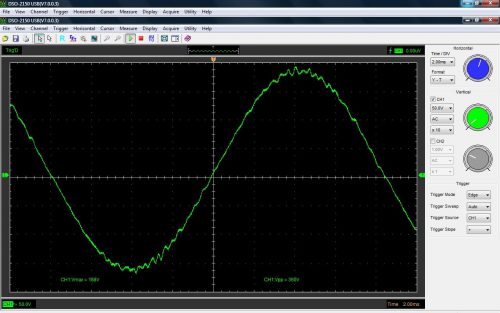 You can see on this one the noise is a little greater, but still not terrible at all. There are no discernible steps either, which is nice. Whether or not you see steps would not be determined by the load it has on it, you actually have to “zoom in” by measuring a shorter period of time. Setting the timebase really short does not reveal any steps in the wave either, so overall I am pretty impressed. There is a very brief moment in starting the saw that the inverter freaks out, it was actually very tough to capture the wave form but I did manage to. This only happens for a fraction of a second, probably ten cycles or so: 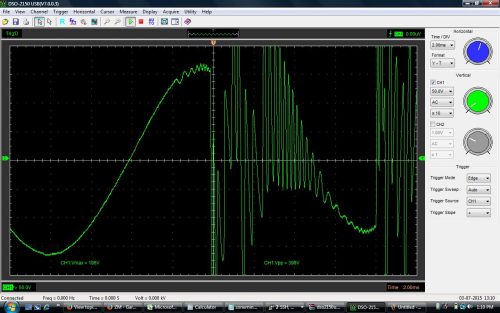 There are specialty inverters that are designed to handle highly inductive loads. One such example can be found here. For all intents and purposes in our RV project, this nature power will fit the bill just fine. We don’t plan on actually powering tools with it, but mostly audio visual equipment which is where a pure sine inverter really becomes the most beneficial. For those curious here are the specs on the box, though THD specifications aren’t listed. 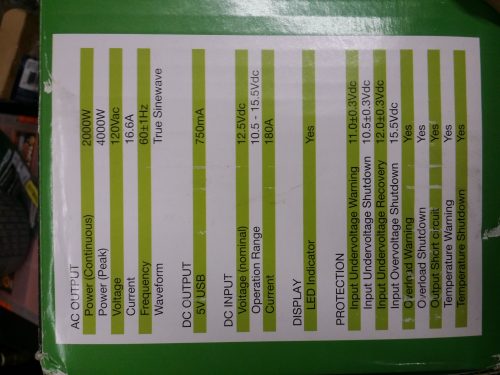 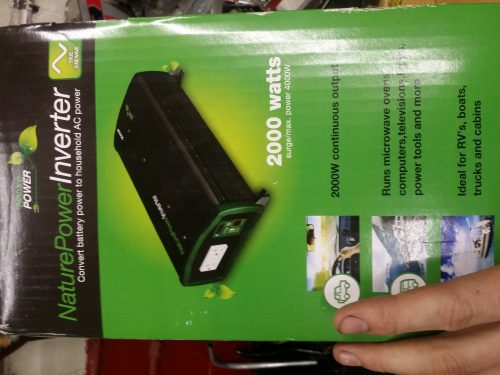 I hope your enjoyed this basic look at this power inverter. I hope to post more of the campers electrical system in detail as it turned out pretty neat.

doogie
Welcome :) Finally got around to getting the new site together. Totally new look, totally new foundation. Freaking awesome. Its