I wish I was the originator of this idea, and am proud to say that I was able to make a contribution. This is simply amazing. A gentleman that hangs out in our chatroom by the name of Tripp, or treehouseman as he’s known in the IRC, has been working meticulously over the last couple months on a concept that has netted him title of the coolest clock I have ever seen in person.

Originally the clock was going to use 6 mini CRTs out of viewfinders of old cameras. One for each clock digit. He used one Arduino for each CRT to generate the clock digit and those all talked to a master Arduino that kept the time, sync’d with the internet, grabbed the weather, etc. When he got everything working he was stuck on the best method to stuff it all into a box to hang onto the wall. The problem is the CRTs used in viewfinders are still 4 inches long, and the clock would have to be a minimum of that thickness as a result. I had an interesting suggestion, use the tubes out of Sony Watchmans.

For those who don’t know, the Watchman is a portable television from Sony in the late 80’s early 90’s. They were a fantastically engineered hand held television, where Sony actually used a CRT, but instead of the electron gun firing onto the end of the picture tube, it actually fires them at the side or back of the picture tube, where the phosphor coating is on the inside of. Instead of the viewer looking at outside / end of a tube like a normal CRT, they instead are looking through the glass envelope at the inside of the CRT. You can see how that screen / backside has to be curved so the electron gun firing in from the side of it can hit any point on the phosphor coated surface of the tube: 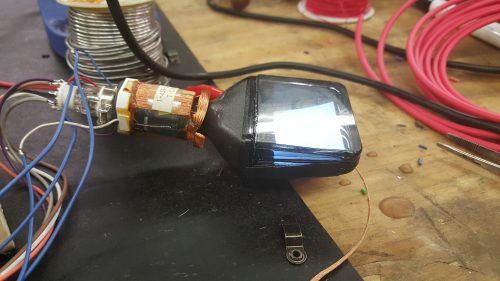 At this point Tripp has spent hundreds of hours teaching himself software development, and the electronics engineering required to help him put together this clock. He lacked a facility and mechanical / carpentry experience to package the product together with a good polish on short order. We collaborated and put together a plan, and got started. We actually weren’t sure of the best strategy of how to mount the tubes up. It would have certainly been easy and comical to just line up all the TVs. They did fit in the shadow box he brought for the frame after all: 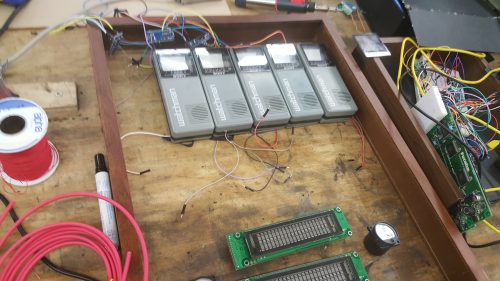 We decided to get artistic with it. You can’t truly appreciate the technical engineering of these fine tubes, or the detail of the electronics themselves unless it was all hanging out for everyone to see. While Tripp Carefully disassembled each television and removed the tuners from the boards as well as other bulky unnecessary components I desoldered the tube connector from the flat flex cabling and added in wires as well as extending the flyback transformer lead so we were able to completely separate and mount the tube away from the circuit board. We used our sacrificial one as a test to see how well things would work: 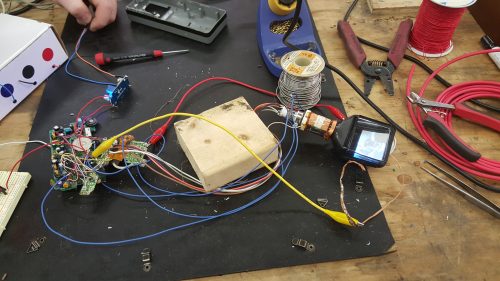 After laying out everything and mounting it all up, here is what the primary components would look like. The time separator colons are neon bulbs. (They will not flash, but be on constant.) 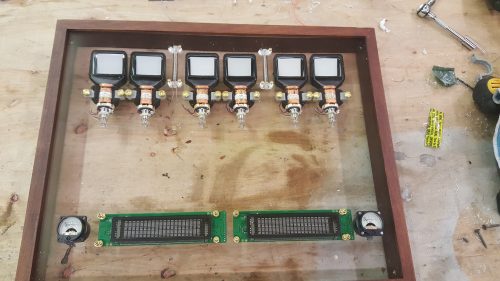 It took a really long time to lay everything out and get it just right, especially because for much of this we were flying by the seat of our pants. That’s what makes it real fun, and true art. The craftsmanship that has gone into this thing is amazing, and it’s going to look incredible. After carefully working out routing, and tying of wires to the finest detail, we got the first one working: 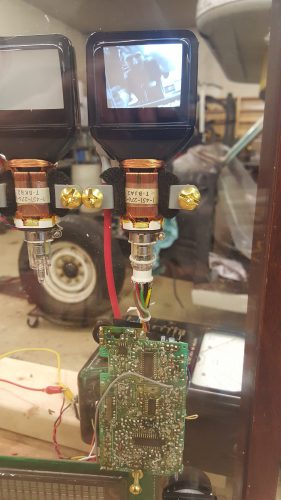 Here is the test pattern for the digit: 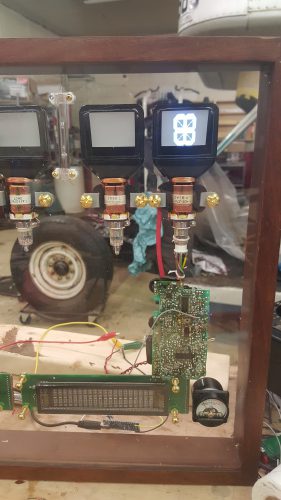 Here are some final shots of the clock from the night’s progress: 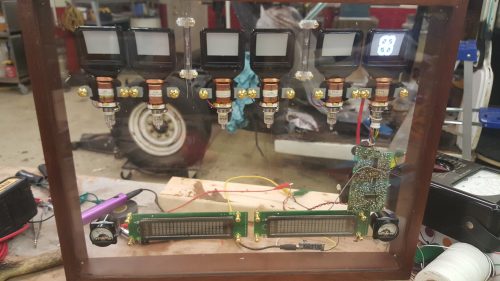 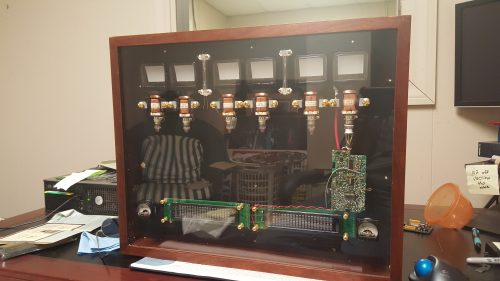 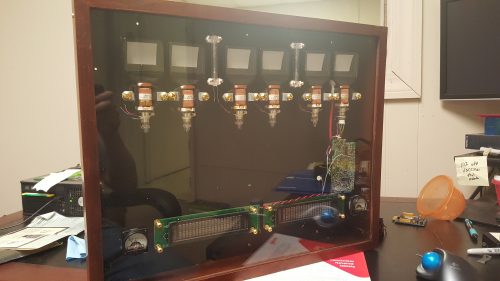 That’s what the clock looks like presently. This weekend I think we’ll have the opportunity to finish it up. I thoroughly enjoyed helping Tripp realize his dream in building this clock and hope to build other artistic clocks in the future. I’ve come to realize it’s something I enjoy and if people would be interested in purchasing a clock like this I can definitely make them.

Look for pictures and video of the completed clock real soon.

doogie
Whats up! Happy thanksgiving everyone! It has been almost a month since posting, I have been getting settled in but

doogie
Whats up everyone? I hope that everyone has been enjoying their summertime! Seriously if you haven't taken the time to