Almost the end of the month, got a few things going on, some experimentation and renewed motivation..

I have been doing mostly electronics still, I get people coming in for car stuff here and there, but my main focus has been playing catchup on setting up the electronics lab so I can crank out experiments and projects. The Holset VGT Controller and instrument cluster solutions ebing two of the major goals I’m working towards. Now that I can prototype boards a little better things should go more smoothly now.

I fixed the idle on the SVX motor! After studying the ECU code carefully I made some adjustments and it worked out great on the first try. No more engine stalls when pushing in the clutch. This makes the Van universally easier to drive, and can provide additional information upon request if anyone is also burning their own chips for the EG33. 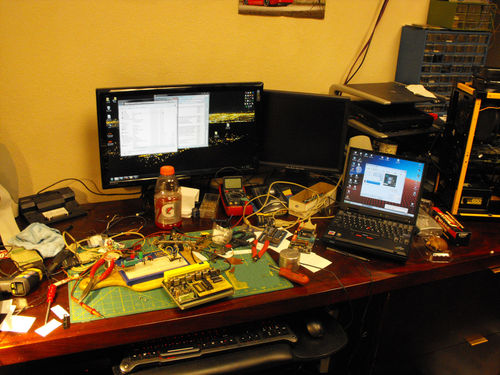 I have made a couple of subsequent changes to the rom image, studying the code closer to see which values get adjusted. Its a shame ECU’s aren’t this easy now days to reverse engineer. I guess its easier and harder in its own ways, but either way messing with the factory stuff is really neat. 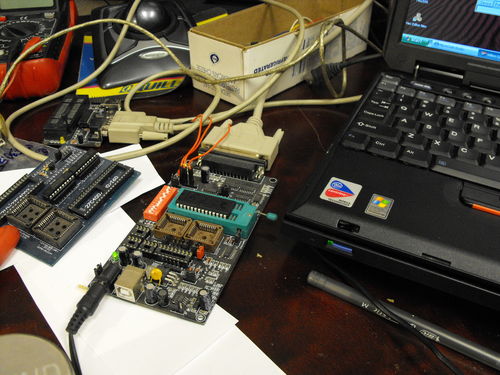 I had more computer work as well, I was brought a Core i7 to look at that was horribly laggy / slow across the board, even going from windows to ubuntu. I re setup his Bios and everything was good to go. I’m not sure how I feel about this case it was interesting building the computer moving things around to make everything fit: 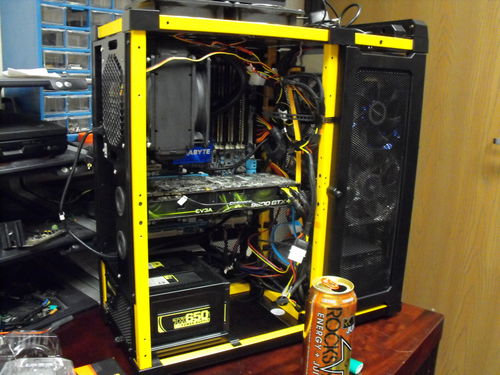 The whole thing is fans, guess it keeps pretty cool: 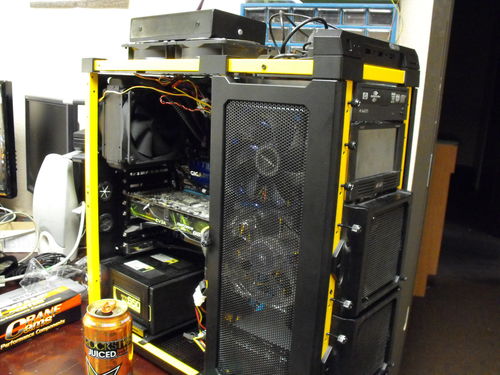 My Pic Developer board has been finished and assembled and is now in use! 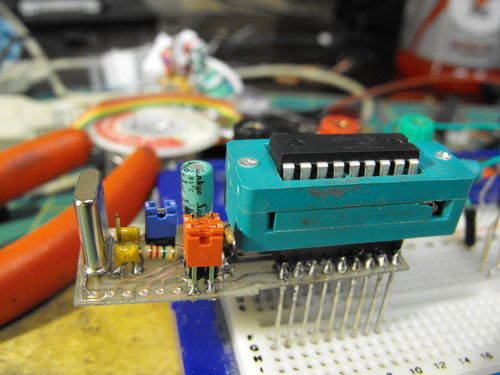 I am impressed with the orderly tight little package, this thing is going to bring me years of good use: 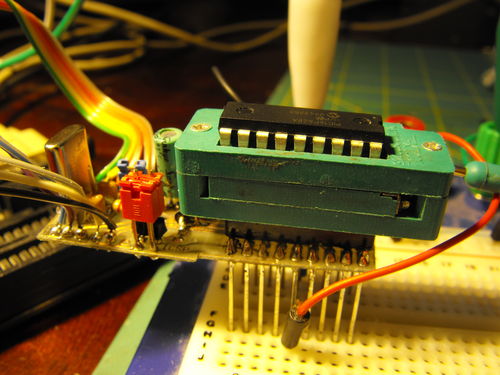 I can finally compile, burn, and test, without having to remove the chip from the zif socket and dropping it into the burner every time. Very nice! This speeds up development greatly. Its cool making your own tools.

I am also going to be messing around with getting a wind generator setup for my buddy, we have been bouncing ideas back and forth for a viable solution for his camping trailer and self sufficiency. We decided that both solar and wind would be the best way to go. I did some quick calculations on solar panel size and came up with a solution for that one quick, but the wind proves to be tougher to implement, but yields more in the end for the space it occupies when done right. My buddy picked up some motors and we’re going to set out and build one up and see how it turns out. 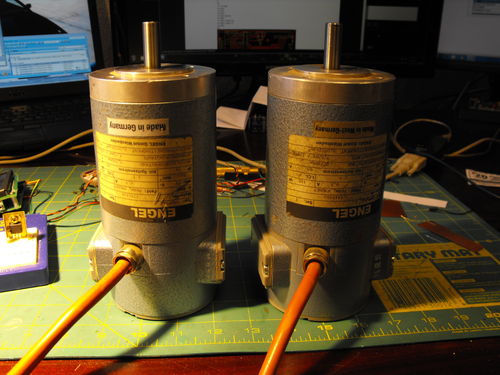 I am also going to design and sell a charge controller for this project and the solar, a bit of a “Kit” that you can buy to help you get your setup off and running. There will definitely be many more updates on this in the coming weeks so stay tuned. I disassembled one of the motors that had a semi shotty bearing to see how hard it would be to re-wind: 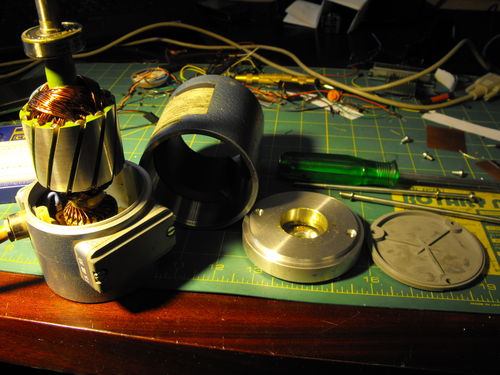 That is all for now, I hope everyone has a great weekend, catchya on the flip side!

LCD Monitor has been repaired!

doogie
My Prized 25" Flatpanel monitor lost it's back light about a month ago. As it turns out, one of the

doogie
SGI Fuels are now in stock! Well things have been kind of slow in the way of progress of personal