Finally got the server back up and running, it blew ALL of the capacitors! yuck

Here is a shot of the load testing, seemed to work just fine.

It was not very fun to fix, this is the SECOND DELL that has taken a shit on me when used as a server. I am finally fed up, even though it’s fixed and will probably last forever, I think it’s time that I take a look into getting some serious hardware that will have some proven relability and redundancy. 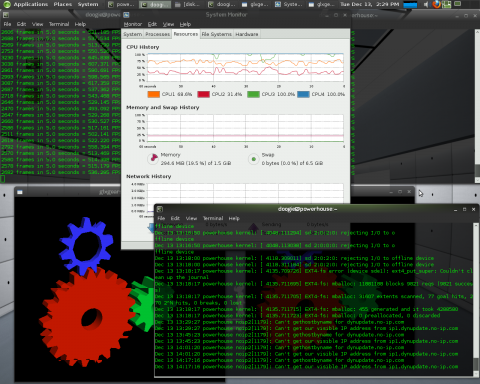 Here are some pictures of the disassembled server, scoping out the damage: 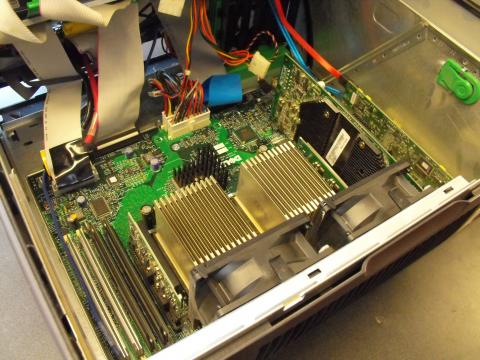 Most of all the capactiors showed signs of leakage, Nichicon caps are shit? 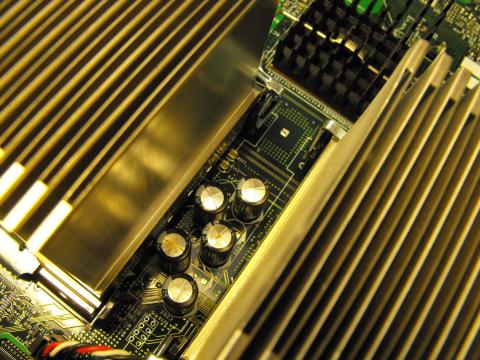 If you look close, you’ll see I actually added caps into the smaller footprint spaces allowed. I tested these electrically and they checked out to be in parallel with the other caps next to it. For total overall added capacitance I went ahead and added a bunch of smaller ones, this was the same method used on an older P4 I fixed a few months back, which has been rock solid since. 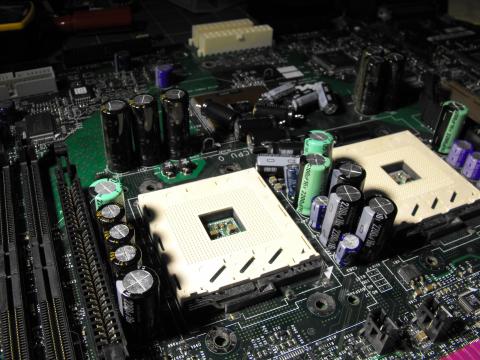 Got them switched out, piled the bad ones on the board. I didn’t have a bunch on hand, I ended up striping some from other spare parts boards I had around. I made sure and doubled the voltage values to prevent leakage. 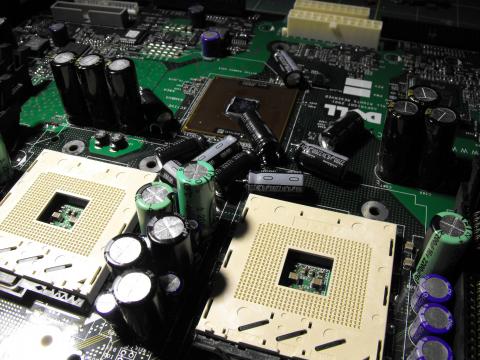 So It’s all back together, I ran a load test for a while, then I did the ultimate one, I left a live streaming channel up on the computer all night, just as I had done in the past and instead of it shutting down hard at some point through the night, IT WAS STILL ON! I think I will call this one case closed, but this servers days here at DoogieLabs are numbered. I have already purchased a replacement server, and disk drives 🙂 I will have a video on the new arrival here next week.

In other news, all Dynamic DNS issues have been resolved. Whooray!

I was looking at things on the new server that I had just setup today and I noticed that the SSD was being written to at a continuous 35MB/s. This was as a result of the zoneminder /var/tmp/zm being located on the primary disk. The solution was to add a line to /etc/fstab and dedicated […]

The new video is out for Thumper, and it ended up being posted on Hackaday (click here for the original post) I was very excited to see this on Hackaday, and then was disappointed when I read comments like: “Maybe it’s just me, but I love the Geek Group too. However, Chris just rubs me […]

With the Sun Server at home, work has been a bit crippling especially when combined with moving. As some of you know, I have been using SunRays in my shop ultimately consolidating the number of full computers I would need running around the place. Now I have found myself in a situation where I’ll be […]