What a wild ride it’s been!

What happened over the month of August? I moved my entire life from Thornton Colorado to Grand Rapids Michigan. I am now here at work at The Geek Group, and have completed my first week at my new job. What can I say? It’s been everything I’ve ever wanted out of a job, out of life. Not only to be working somewhere I love, but I receive the satisfaction that I have a front row seat at the controls of changing the world for the better. The possibilities are endless, and I haven’t even begun to warm up.

So I have been in Grand Rapids 10 days now, and it has been eventful, slightly painful, yet productive. My first week here was basically getting stuff shuffled around from when I moved. The fist couple of days I had most of that sorted out, and then the real fun begin when I started cleaning the Vehicular Sciences Lab. The stuff sitting here in the lab was pretty much just set over here from when everything moved into the building, some things didn’t belong here in the VSL as it was a good temporary storage space. Other things were just put on the shelves and left to be organized later on. I spent the week cleaning and organizing the shelves, which turned out really awesome I am thoroughly impressed with the results.

I also uploaded a blog recently of the last moments in Colorado, and my first experiences here at The Geek Group. It has been an interesting week to say the least. I have both created stuff and had my stuff taken from me. I guess that’s part of the sacrifice of doing something humane. This is deeply saddening, but for a change I haven’t lost my faith in humanity.. I just don’t appreciate being the one that has to supply the local meth heads with cash for their stupid freaking habit.

So I hope you enjoyed my little update, there is much more to come. . Especially now that the VSL is actually clean and officially online. Stay tuned for much more, as there will be more blogs of both the computer and vehicular variety. 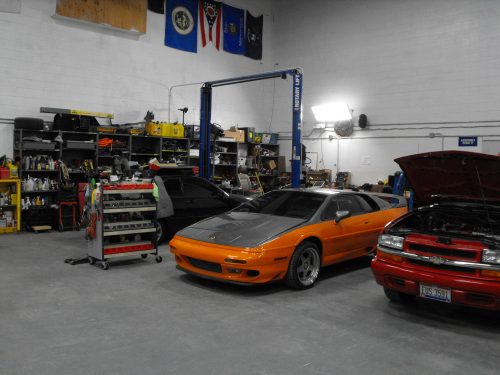 So there ya have it, and if you want a random interesting read, my buddy Max sent me this article: http://consumerist.com/2007/10/03/man-builds-secret-apartment-at-mall-gets-away-with-it-for-four-years/

doogie
There hasn't been much for showable progress since I have been moving everything into the new place. It has been

doogie
3/4/2012 update: This post marks the opening of the original DoogieLabs site, which was based on the e107 CMS. All

doogie
Albert got new shoes! I got some Michelin Agilis Tires to go with my smallcar wheels and it turned out