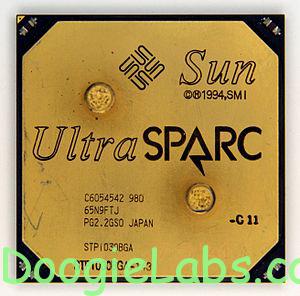 sn’t a how to post, so much as a reminder for myself on how I was able to accomplish this. I have Debian wheezy installed on one of my SunFire V240 servers, and I didn’t setup the RAID root initially when I was tinkering around with the server. After some research and fidgeting I was able to get things working swell. Debian dropping support for SPARC is saddening, especially since I was hoping to be able to move away from Solaris a little bit and run modern Linux on my Sparc boxes. With that announcement comes something else, AFAIK (other then maybe Gentoo) there are no active Linux ports for Sparc. It’s almost like, this is the end of something great.

The disk of the current running Linux system had a partition layout like this:

So I used fdisk on /dev/sdb and copied the partition layout by hand. I’m sure there is really quick and easy way to do this, but it seemed faster in my case to just do it by hand. When i was done my partition setup looked like this:

Then I formatted the boot parition with an ext2 filesystem, and mounted it.

Next, I copied files from the existing boot tree into the newly created drive

Now we’re ready to create the RAID for the root partition. So /dev/sdb2 gets created as md0, then we create md1 for our swap:

So after that I created filesystems on the RAIDs, mounted the root raid to /mnt/root-temp, and copied the entire running root system minus the /dev and other filesystems. I used the rsync section in this tutorial I found online which worked out great: http://www.tolaris.com/2008/10/01/moving-your-linux-root-partition-to-raid/

Next, I had to chroot into the newly created RAID filesystem, I edited the fstab and /boot/silo.conf as appropriate. By the time I was finished these were my config files:

After that, and compiling the kernel so RAID was built in, I booted off the second hard drive into my new raid system. Once the system was up successfully, I went ahead and used fdisk to change the partition types of the root and swap partition to raid. I then added them to the already running RAID.
mdadm –add /dev/md0 /dev/hda2
mdadm –add /dev/md1 /dev/hda4
mdadm /dev/md0 –grow -n 2
mdadm /dev/md1 –grow -n 2
Then I could watch /proc/mdstat and once the array was finished rebuilding, I rebooted and was pleasantly surprised to find my boot times considerably faster thanks to the RAID.
This web guide also proved to be a great resource in helping me complete my adventure, http://bragi.netprodigy.com/jeff/linux/debian-on-netra-x1-raid ..

doogie
Notes on Rp3440 Installation: The port console=stty1 needs to be specified because the serial is handed off from the main

doogie
I have been working to make some fundamental changes to the DoogieLabs site and server. It was recommended to be